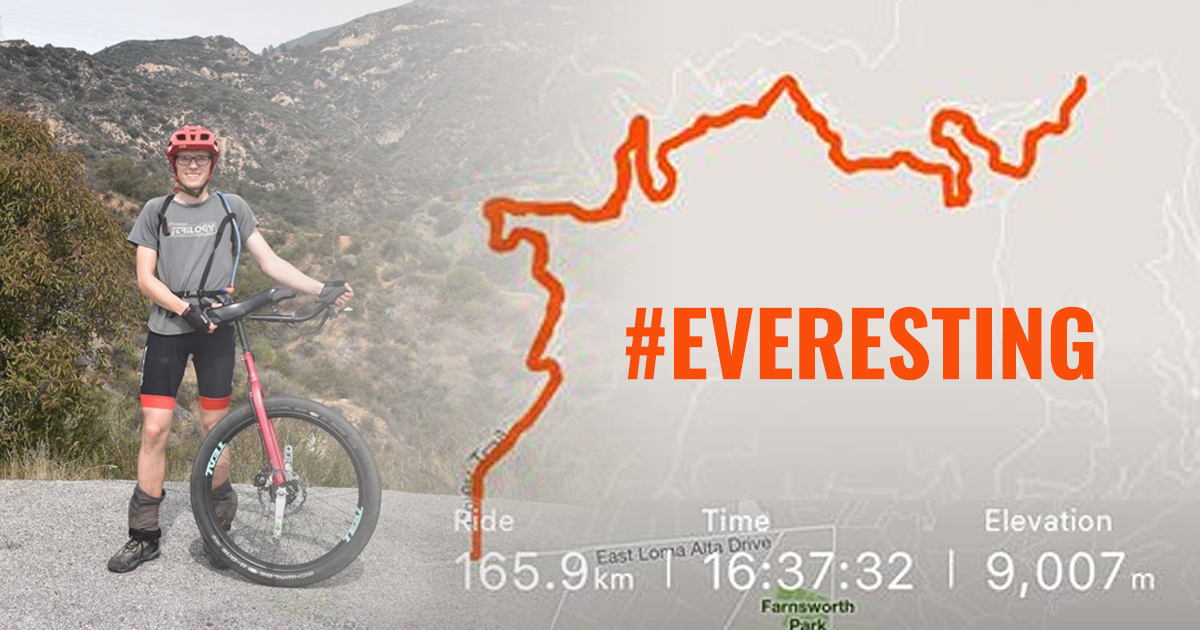 On March 10, 2018, extreme unicyclist and Mad4One Team rider Ben Soja cemented his place in unicycle history as the first person to climb the height of the tallest mountain peak in the world in a single day (known as “everesting”) on his unicycle. Read about his incredible journey and all the training and preparation it took to get him to the summit in his own words below:

I heard about Everesting (everesting.cc) about a year ago and immediately started wondering if I could do it on a unicycle. It seemed almost impossible, but at the same time very intriguing. After I completed my last big project in September 2017 (Backbone Trail in the Santa Monica Mountains), I started to think more seriously about Everesting. I mounted a road tire and started exploring various mountain roads close to where I live. After I decided on the road up Mt Lowe in the San Gabriel Mountains, I did multiple practice runs and started to work out all the details.

Then, it was time to wait for favorable conditions. This Friday, March 10, the weather forecast was 13-21°C with a mix of sun and clouds, so I decided to go for it. I got up at 3am and started riding at about 3:30am. After two laps in the dark (one is about 620 m elevation gain), the sun rose and it was getting warm pretty fast. Since there was almost no shade, I was exposed to the sun for several hours. My body didn’t like that and I started to feel nauseous, which made it difficult to keep up with the nutrition. As a result, I had a lap during which I was almost totally out of energy. I barely made it down and consequently forced myself to eat a lot to recharge my batteries. Unfortunately, my stomach could not handle it and made the next lap even worse. I had to take a break of almost an hour to recover. Luckily, at the same time clouds started forming. I continued riding and it felt much better!

During the next hours, everything was going well, but on lap #10, the last before sunset, I had a high-speed crash on the descent. As a result, my elbow is now missing some skin, but at least my legs were fine – the knee pads had saved me!

Completing 10 ascents had a very positive psychological effect on me. Even though the final 2600 m elevation gain had to be done in the dark, there was no way I would stop with my goal within reach. I was going much slower than during the day, but eventually – after 23 hours – I had finally completed the 8848 m!

I want to especially thank Tamara for looking after me several times during my ride! I could not have done it without you! It was also great to get so much positive feedback from the unicycling community when I posted live updates – such a great motivation!

Let me provide some more details about certain aspects you might find interesting:

Location:
A very important part in Everesting is selecting the right location. I think for doing it on a unicycle, the best way is choosing a rather steep road to reduce the overall distance. The road I selected had an average grade of 11% and I still had to complete a century ride. Another decision was traffic vs. road quality. The Mt Lowe Rd is very old and bumpy, has severe camber and quite a bit of dirt, gravel, and rocks on it. I put up with all that because 2/3 of the road are closed to motorized vehicles and the rest is only lightly used (even more so on a workday). In the night, 95% of the road is closed to vehicles. This allowed me to ride much more relaxed and pick ideal lines, which was especially helpful on the descent.

Equipment:
I used my #mad4one geared 27.5″ unicycle and it worked great. I’m pretty sure that a Schlumpf hub is necessary for Everesting. Of course, the extra weight is bad for all the climbing going on, but it is much more efficient on the descents.

I used the Schwalbe G One Speed 27.5×2.35 tire with a tubeless set-up. It was really good to have such a wide tire to absorb all the bumps and for its volume, it’s quite light. Maybe even too light, since the tire got a few small cuts, most likely due to gravel on the road. Luckily, the sealant could fix all small holes. In one of my practice rides, I even had a 5 mm cut, which needed patching from the inside. Unfortunately, the tire is also quite sensitive to road camber.

I picked 150 mm cranks – a good compromise of leverage and still being able to shift gears of the Schlumpf hub comfortably. In terms of the cockpit, a KH Fusion One with a T-bar worked well. It was very important that I could use both hands for braking during the long descents. I used platform pedals during the night and clipless pedals during the day. I’m not sure if the crash could have been avoided if I had used platform pedals all the time.

Logistics and general stuff:
It’s very important to think through all eventualities and bring plenty of tools, spare parts, extra clothes, food, and water. Having somebody to support you on site is highly recommended. Tamara charged the batteries of my headlamp, brought fresh food & warm tea, and helped me get through tough times.

I used the Strava app on my phone (Samsung Galaxy S8+) for GPS tracking. In this case, the elevation data provided by Strava is used, which is based on barometer measurements collected by other riders. During my preparations, I found out through tests that the Strava data on this segment is very accurate with a perfectly smooth elevation profile (no spikes, saw-tooth patterns, etc.). Using the Strava data resulted in a 4% lower recorded elevation gain on this segment compared to using my own barometer measurements. I’m therefore very confident that I’ve actually climbed the 9000 m and it’s not just due to bad GPS data.

Finally, riding the same road multiple times can be quite monotonous. I listened to music basically all the time to keep myself on track. Also, I was hoping it would scare away any mountain lions or bears that might cross my path 😉 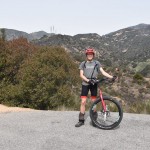 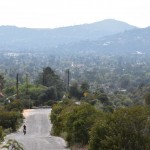 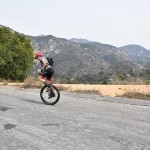 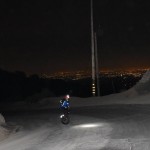 Great biking path! Someone put in a lot of work fixing that so nice.

Times are crazy right now and everyone seems to be divided, but this is an anthem I think we can all get behind... all unicyclists anyway ... See MoreSee Less 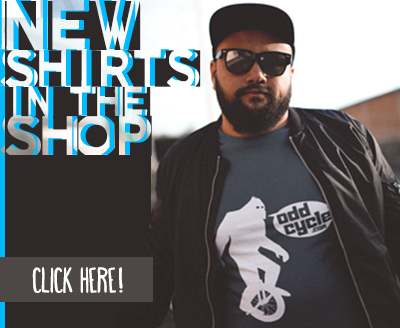